As President Trump is finding out, running a business (no matter how large the corporation is) is a different kettle of fish from running a democratic country. While experience of managing a large corporation gives you a lot of transferable skills, new additional skills and competencies are needed to lead a fractured divided nation. However, the checks and balance incorporated into most democratic systems and the vast vested interests involved means a president cannot always be sure of the intentions and faithfulness of party members that surround him. Many presidencies have after all fallen due to the treachery and betrayal by previously loyal men and women. So what is a president to do? A common trend globally is the appointment of family members and long term loyal friends into office to ensure confidentiality and loyalty. 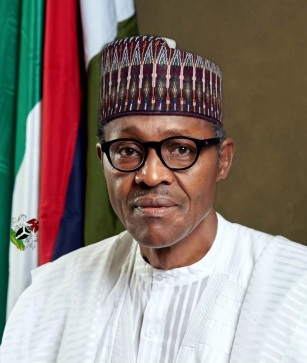 The Prime Ministers of the United Kingdom have through history surrounded themselves with long term friends, old school mates and loyal long standing associates while in office. Not to be left out; the dictators of modern times all surrounded themselves with family members for exactly the same reason. From Saddam Hussain in Iraq, Kabila in the Congo to Mugabe in Zimbabwe. Whether they have official portfolios or not, leaders like to see loyal familiar faces every day.

All through American history, Presidents have always used trusted aids and family members as close aids and advisers as well as appointees. In my last count there has been at least nineteen presidents that have done this overtly; so this is a well travelled path. This is an advanced democracy governed by the rule of law, yet “nepotism” is an approved acceptable presidential conducted for a good part of its democratic history. Some of the notable examples are:

Truth is, even if a son is fired by his president father as an adviser; he cannot be fired as a son. So there exist an eternal glue and bond that connects the president with his family members that makes them formidable associates in office. Loyalty is the most important quality Presidents look for and it is seldom obtained from strangers and casual acquaintances.

Additionally, leaders need honesty. But most people around them tend to be afraid of their jobs, hence will try to tell the leader what he wants to hear. But family members and close long term friends and loyalist tend to be more secure in their place in the life of the leader that they are not afraid of being sacked. Hence they are able to better confront the leaders with the truth.

Imagine if any minister of the Federal Republic said what Mrs Buhari said last year. He or She would have been fired. But despite his “other room” diatribe, the president could not sack his wife.  So close friends and families are better able to say what mere appointees are afraid to say.

The number one operational requirement of any president (regardless of the type of government) is TRUST and LOYALTY. It is therefore not a surprise that leaders will seek to surround themselves with people they trust and they feel will be loyal to their cause. Whiles there are laws in many nations that seek to spread national offices across the ethnic-religious and regional spectrums of each nation; there has always been scope for leaders to surround themselves with trusted hands, at least in their immediate circle. The usual aim of these distributive laws and conventions is to avoid undue dominance of one religion, ethnic group or region over the others. After all many conflicts have been caused by the hegemony of one side over the other.

So, the question is , why has appointments of close and trusted aids to governments worked in a place like the United States, but in Nigeria we make too much issue of this? Why do we focus more on the religion or state of origin of a Minister; instead of his productivity and effectiveness? Why is it that the worst man appointed “from my state or region” is better than the best man from another region? If there is productivity and progress, will it matter where the Minister is from or what religion he practices?

Nepotism is not a Nigerian or African phenomenon. We should stop making it look like a peculiar national problem. It is the break down of trust between Nigerians and their leaders that has led to a total mistrust of leadership intentions. So people will seek assurances and refuge in ethnic or religious identification of officials.

The fact is, a President can still choose to be corrupt even if all his appointees are complete strangers to him with no prior association and all federal character laws obeyed. This is no guarantee for an honest or effective presidency. In a Presidential system like ours, the buck always stops with the President; regardless of who his appointees are. We will hold him responsible for all the achievements and failures of his administration. So we should therefore stop focusing on the minors and start demanding results first; rather than make noise about the religion or state of origin of an appointee of the president. If appointing all his family members as federal ministers gives us stable Power, growing economy, full employment, security, great education and healthcare in Nigeria, that will be preferable to a non performing but regionally balanced cabinet.

The whole essence of a Presidential system of government is so that we can ultimately hold one person responsible for the direction, performance and achievements of the administration. Not because, the president does everything by himself; but because he decides on who to appoint and what is the agenda they should pursue. Hence, it is still all about the President’s judgments and decisions. In the end; no point blaming a non-performing Minister; blame the President that keeps him in position. If our leaders are to be held to such level of accountability; then we need to give them the benefit of allowing them to appointing who they want in their government; because in the end they will be held accountable. And we as the people should focus more on outcomes and productivity and less on who delivers it.

But I am also a realist. The clamour for religious and ethnic balance in government appointments is sown into the tapestry of the national apparel. So it is almost impossible for appointments not to degenerate into “how many Muslims”, “how many Niger Delta indigenes” and so on are appointed. But as long as we prefer “our own”; instead of the “best person for the job”; we must be prepared to live with underperformance and stagnated development in the country. After all; despite the fact that the North have produced more leaders in Nigeria than any other region; the North is also the least developed part of the country. So there is no correlation between a region producing the President and the development of that region. Non at all.

It is time we extol merit above all else. Allow Presidents to choose his own men or women and then hold him fully accountable for there performance or otherwise. We should stop thinking these things are peculiar Nigerian issues when in fact all nations allow their leaders some free hand to appoint those he works with and become fully accountable for their actions. The President and all his men should be allowed to deliver for all the people. 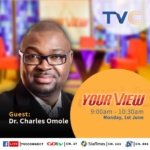