I have observed quietly the activities of the EFCC since inception. A perusal of the statues that set up the anti graft agency gives a seeming clear goal to the agency in terms of function and boundary of its activities. But while I was contemplating writing this article; I recollected the conversation I had with a former Senate President in Nigeria

under Obasanjo regime that established the EFCC. This larger than life politician has been a friend of mine for many years and we spent time together in his London home from time to time. I remember challenging him on why the Nigerian Police is being disempowered by the successive government in Nigeria through the constant outsourcing of its traditional duties to new agencies.

First, the Federal Road Safety Corps (FRSC) was carved out of the Nigeria Police to look after traffic and road safety matters. Then came the ICPC and the EFCC to investigate and prosecute financial crimes. In fact there is a blur between the role of ICPC and EFCC as EFCC has sought in the past to prosecute public officials; which I thought was the duty of ICPC. But that is not my focus in this piece. It is sad to see the once strong and competent Nigeria Police reduced to a shell of itself through neglect and continued reduction of its remit. But that is a matter for another future article.

My focus here is the response of my Senate President friend  to my challenge about the many duplicated and even triplicated bodies all dealing with the same arena of crimes. I remember he answered glibly “ That is Politics for you my friend”. Not satisfied, I probed him further. He went on to explain that Politicians need to have various tools at their disposal and that Nigeria police was getting too ubiquitous (and too many hands to satisfy before you can get your way); so smaller agencies are easier to influence by the government. In smaller agencies you can get your way by simply sorting out one man (the head); but with the regular police, there are too many people to bring into line; he asserted.

So for instance, if a politician in power wants to deal with you (a public office holder); he could call the police on you and if that does not yield any result, he will then have the choice of ICPC and EFCC to set loose on you. It is interesting to see how many of our politicians in Nigeria think.  The truth of this assertion seems to have become more obvious to me in the past few weeks of observing the Farouk-Otedola saga.

It is my assumption that the EFCC was set up akin to the UK’s Serious Fraud Office; which specialises in prosecution of large, international and complex financial crimes only. But any casual observer of EFCC cannot help read weekly how EFCC is prosecuting people for stealing as little N100,000 from their employers. How is that a complex crime? Why can’t the Nigeria Police prosecute such minor and bog standard crimes? Yet when it came to Farouk-Otedola; a financial crime that involves hundreds of Million of Naira; it is the Nigeria Police that is doing the investigation and possible prosecution. I thought EFCC was set up especially for cases like Farouk-Otedola; and not for the minor cases they seem to waste their specialist skills on.

So the question is why is EFCC not dealing with Farouk-Otedola. Then my discussion with my Senate President friend came back to me. That the politicians choose the agency that they can most control to do their bidding in any given situation.  So it is clear that EFCC could be less controllable to pursue the agenda of the government in this particular case; so it was given to the Nigeria police. I thought EFCC was established to deal with matters like this as a “Serious Fraud” office equivalent. Why is EFCC prosecuting N100,000 financial crime and yet not allowed to deal with a major case of almost half a Billion naira fraud?

This is a deliberate mess created by the politicians to give impression they are waging real war on fraud and corruption when in fact they are only interested in selective prosecution of their opponents.  To restore public confidence; The government should immediately publish again a clear guidance of when EFCC, ICPC and Nigerian Police can lead the prosecution of cases. EFCC with its specialised assets, training and skills should concentrate on major, large and complex crimes only. The Nigeria police should deal with minor and straightforward financial crimes. As for ICPC; I am not really sure what value that brings to the table. It should just be scrapped and EFCC should be strengthened to do its work.

I believe one of the main reasons EFCC has not been as successful as it should be is the fact that it is becoming jack of all trade and master of non. It is prosecuting a N100,000 thief and a N100Billion thief at the same time.  Human nature means many of their staff will be more interested in the smaller and simpler cases; to be able to raise their conviction statistics. But that is not why they were established. EFCC should from now on focus on serious financial crimes and go after the “big guns” and stop chasing thieving drivers and houseboys.  They should leave that to the regular police.

And EFCC should assert its jurisdiction over cases that fall within its remit. It is a surprise to many Nigerians why the regular police are investigating Farouk-Otedola when such a complex case is exactly what EFCC exists for. But then; I see the hand of the government in this subterfuge and confusion. 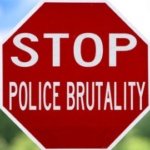