Security Sector Reform (SSR) is a task has has not been completed successfully by any African nation that has initiated it. Even in Burundi, which is commended for its SSR initiative, there is still a long way to go. There is however a common factor in all these failed attempts at SSR in Africa. This is a factor Western nations learned much earlier in their evolution of policing and security

This key factor is “Policing by Consent”. No nation can afford to recruit police officers to match its population numbers as that will become too expensive and unaffordable. The basis of Policing by consent is that majority of citizens support the police and what they do and cooperates with it. This fact will enable the police to focus on the tiny minority of the population that break the law. Focusing on the small number of law breakers allows the police to focus its resources for maximum impact.

But what do you do when majority of citizens do not like the police and the way they operate? This question reflects what is happening in Nigeria as well as many African nations. The lack of trust in security forces caused by historical abuses and misconducts is having a devastating impact on police-public relationships across the continent. This is not helped by the apparent focus of security on Regime Preservation instead of civil protection of ordinary citizens.

In parts of Africa, the public harbours a strong resentment of the security sector, especially the police, whom many perceive as agents of repression. This lack of confidence in the security sector has resulted in a willingness to resort to vigilantism or “mob justice.” Perpetrators of such violence have justified the need to take the law into their own hands on the basis of police corruption, incompetence, and favouritism.

In many countries, there is still a strong preference within security assistance programs for a traditional “train and equip” approach that is very light on the governance aspects of SSR. There are good reasons to provide operational support, but if not also linked to improving governance; operational support alone risks bolstering the repressive capability of unaccountable security forces.

The best example in Africa (although not perfect by any means) was the SSR programme in Burundi. The SSR program was established in April 2009 with the signing of an 8-year Memorandum of Understanding (MoU) between the governments of Burundi and the Netherlands.

A major lesson being learnt from the Burundi experience is that “politicisation of the change programme”. is a major obstacle to delivery of effective change in the security sector. In a country like Nigeria; this is even worse, as everything is politicised. This is typically highly nontransparent and is generally intended to control the change process and often to blunt its impact by those keen to maintain the dysfunction represented by the status quo.

Back to Nigeria; to reform our security sector; there has to be focus on FOUR key areas.

1. POLITICS HAS TO BE PUT AT CENTERSTAGE. Denying the fact the politics is a big player in our security architecture is living a lie. Governments of all types and key political players see control of the security sector as an existential necessity. Hence, change initiatives are designed to fail in order to perpetuate their control. Standards are weakened and rules and not enforced. The success of SSR programs depends heavily on the ability to address politically sensitive issues.

This ability is particularly important for addressing the governance aspects of SSR. So, the politics of Security Sector Management and Operation has to be confronted and placed on the table for discussion. Denial of its existence is guaranteed to make any SSR initiative dead on arrival. So we have to confront the politics. Politicians in the past have created silos of security agencies that do not cooperate and have no system interoperability in any shape whatsoever. They will resist any change especially if it will lead to a consolidation of the fractured security landscape that currently exist. This is why we must frontally address the politics of security management.

2. DEVELOP AN INCREMENTAL APPROACH TO REFORM RATHER THAN A QUICK BLAST. Reforming what has taken decades to develop cannot be done successfully overnight. So SSR has to be seen as an incremental undertaking that will adapt as it goes on to prevailing political realities. This has to be an evolutionary rather than revolutionary initiative. This will allow trust to be built along the way as the fears of key players are successfully addressed. The understandable impatience of the weary citizenry must not be allowed to derail a project that should take time to bed in take shape.

3. NEED FOR A POWERFUL EXTERNAL FACILITATOR BUT LOCAL OWNERSHIP MUST BE PROMOTED. SSR tend to work better when there is an external but influential body or nation partnering with the country. They will serve as honest brokers amongst the competing interests but will also have enough leverage to force politicians to come to the table and compromise as needed. Alongside this; local ownership of the process must be promoted. A good SSR cannot be seen as externally managed or imposed. Local ownership is essential.

A key goal of a SSR programme is to make clear to all players that security had multiple dimensions beyond a purely military orientation, or use of force. This principle allows for a more citizen friendly ethos to be cultivated amongst the security forces. Security must be seen as “everybody’s responsibility.

4. A REALISTIC TIMEFRAME MUST BE ALLOCATED AND THIS MUST INVOLVE MORE THAN ONE POLITICAL TERM. An SSR initiative cannot be started and completed in four years. In a national like Nigeria, I will suggest Eight years at the least. This has to be made clear from the beginning. Thus, the SSR initiative should not become part of the political game that accompany a re-election campaign.

Time is also ended to change attitudes and perceptions. Security sector governance issues (transparent budget management, legal framework of the security sector, internal control and independent complaints mechanism etc) take time to change. Many of the players are ignorant of the bigger picture and why these changes are necessary; hence time will be needed to educate and convince them.

It is therefore my recommendation that the government of Nigeria set up a Steering Board, made of key Ministers, and political Stakeholders but chaired by Mr President himself. A second Body of Experts (BoE) should also be established made of security sector experts and current players in this sector from all the security services.

This Body of Experts will serve as the Implementation body that reports directly to the Steering Board. An external change partner should be invited to help referee this process. This can be an AU or UN body or a friendly but influential nation like the UK or USA. External support will help provide easy access to global resources needed to midwife the reform of the security sector in Nigeria. 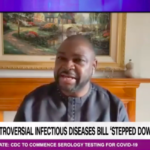 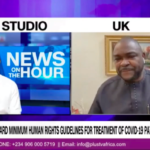