The expansionist left-leaning of APC amounts to BIG govt. In the 2019 budget proposal, the total Revenue is approx N6Trillion. But the Recurrent (4T) & Debt servicing (2T) is also N6Trillion. So the Capital expenditure proposed is mostly out of new Borrowing. Unaffordable budgets usually fail.

The govt should first reduce its borrowing…so no more debt. Drive efficiency out of its bloated structures and bring down the Recurrent expenditure. Privatize to get more Revenue. This current trajectory is unsustainable. Entire Revenue in 2019 budget as proposed is consumed by Recurrent expenses & Debt Servicing. We are in trouble economically as a nation if Borrowing becomes the only way to fund capital projects. This is not about APC/PDP; it is about an economy heading in the wrong direction if changes are not made.

This also explains why the government chose an unrealistic 2.3Million BPD output for 2019 when this year we averaged only 1.8Million bpd and OPEC just yesterday announced a cut in production that will require us to limit production to 1.6Million BPD. Govt also base the 2019 oil price at $60 per barrel when it is currently in mid-50s. These are unrealistic assumptions. So the budget as currently proposed cannot be funded.

When faced with such difficulties a government has only TWO reasonable OPTIONS.

First, you increase your Revenue or secondly, you reduce your expenditure. Debt servicing is Fixed at N2Trillion at the moment; so the Recurrent expenditure has to be reduced from its current high of N4Trillion. (This is without the new Minimum wage being taken into account). Or the government has to increase its revenue. This will require a SMALL Govt mentality, where privatization (done properly) will raise Billions for the government and allow the private sector to drive the growth of the economy.

We simply cannot borrow our way to economic growth. The current financial health of the country is precarious and we all need to take off our partisan binoculars and campaign for what is needed to save this nation from financial collapse. Our focus should be on:

– Privatisation to Raise Revenue for government

– Deregulation of centralised sectors such as Power. The government needs to do less and allow the private sector to drive growth needed.

I see trouble ahead whoever wins in 2019. We need to see the cliff ahead of us. 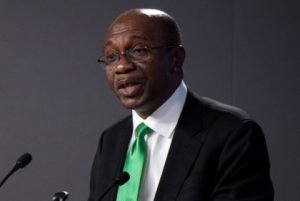 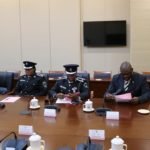 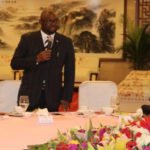