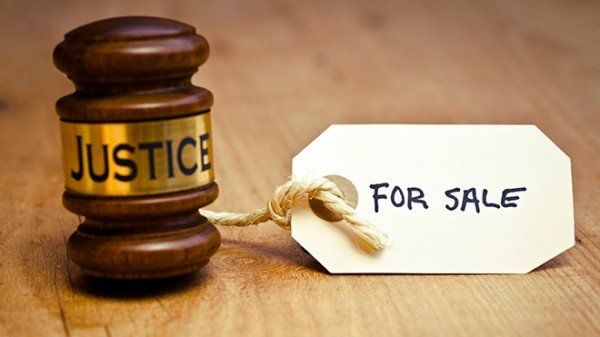 Judicial corruption is a global phenomenon, although it’s worst manifestations are in developing countries. By 2015, TI found that 28% of citizens across Sub-Saharan Africa who had contact with a judge or court official paid a bribe. I am sure that is more like 80% in Nigeria. The Bangalore Principles of Judicial Conduct have been an important reference for the development of codes of conduct, there is increasing recognition of the limits of self-regulation by judges. In order to uphold judicial integrity, it is vital to balance legitimate concerns for independence of the judiciary while keeping judges accountable & minimise abuses.

There is no one way to reform the Judiciary and we must find what works for Nigeria rather than simply copy what other nations did. A corrupt judiciary means that the legal and institutional mechanism designed to curb corruption generally will be handicapped. The judiciary is the public institution that is mandated to provide essential checks on other public institutions. A fair and efficient judiciary is the key to anti-corruption initiatives. There are willing & unwilling victims amongst these judges. But this Thread is meant to explore some solutions.

Like I stated in a previous Blog; Judicial corruption in Nigeria is not just about the Judges. The Clerks, Registrars & Admin staff in the courts are the worst culprit in most cases of corruption experienced by the public when dealing with the courts. Firstly; the judiciary sadly will reflect the condition of the nation as a whole. We cannot have an honest judiciary in a largely dishonest nation. So what we can do is reduce occurrences and make it harder to bend the rule of law. Corruption in the judiciary is a complex problem and needs to be addressed using a variety of approaches.

So here are some ways we can make things better:

1. REMOVE ALL PROSECUTORIAL POWERS AWAY FROM THE POLICE. There should be a reform that limits the job of the police only to Investigating crime and passing the files to a prosecution agency for determination of whether to prosecute or not. The police use their power to prosecute some crimes badly at the moment. They use it to fleece Nigerians and also to corrupt the Judges, especially at the Magistrate & High court level.

2. NEW JUDICIAL GUIDELINES MUST SET TARGETS FOR ALL JUDGES. Judges MUST obtain special permission from the Head of their respective courts if their performance misses the target is all cases. These targets will include for instance; How Long it takes for a case to be completed, Limit on how many adjournments can be granted, etc. These must me targets with consequences.

3. FAIR & INDEPENDENT APPOINTMENTS PROCESS: Garbage in is garbage out. If the appointment of Judges are not based on merit; corruption would have been introduced from the very beginning. Such judges will feel embolden to continue with the corruption that brought them into office in the first place. Selection criteria should be objective and appointment decisions well documented, with public access to information on the decision-making process.

4. 3 YEARLY 1-2-1 REVIEW OF JUDGES: All judges must have a one to one performance review every three years. This must be made compulsory and poor performing judges sacked. This will have the effect of strengthening internal oversight within the judiciary.

5. DIGITISATION OF THE COURT PROCESS: The govt should get rid of the mainly paper based court processes embrace modernisation via electronic judicial platforms. You can never get rid of papers in the court process; but you can reduce it drastically. So modernisation and automation of judicial services can be enablers for judicial transparency and accountability.

6. BETTER PUBLIC TRANSPARENCY OF CASES: There should be better public access and information on all cases in the spirit of Open Justice. The more the public know, the less chance of some backroom deal taking place.

7. REGULAR INDEPENDENT PUBLIC SURVEY OF COURT USERS: There should be surveys and consultations with court users measuring trends and reports of abuses. This MUST be done by an a body independent of the Courts and such public engagement will lead to more responsive services from the court staff.

8. STRONGER SENTENCING GUIDELINES. The more fixed guidelines judges are made to work to; the more consistent judicial verdicts will be and many room for corruption will be blocked. In the UK, anytime a judge wishes to deviate from the sentencing guideline; you are required to write to the Head of Court to explain why. Strong sentencing guideline will reduce judicial discretion but it has the effect of creating consistency.

9. BETTER PAY FOR COURT STAFF & JUDGES. Given the salient work they do, judges and court staff deserve better pay and remuneration. This will help reduce inherent temptation to demand bribes.

10. BETTER & REGULAR TRAINING FOR JUDGES. Every Judge must undergo yearly training and regular appraisal. Better quality & regular training will ensure that reform is seen as capacity building and not as a threat. These training exercises will need to emphasise judicial codes of conduct and how it must be obeyed.

11. BETTER PROACTIVE INTERVENTION BY THE NJC: NJC’s current laid back posture must end. They will need to be more interventionist to protect the integrity of judicial processes. It must be more muscular in disciplining judges and initiating investigations even if there has been no complaints. NJC should take on a monitoring role of judges and step in to query any abnormal or unreasonable verdicts.

I hope there is enough said in this thread to give hope and help initiate needed reforms. The success of any reform efforts is predicated on strong political will and national ownership. Eradication of corruption from the justice system is a joint task involving not only judges and members of the legal profession, but literally all stakeholders, including all branches of Govt, the media and the civil society. 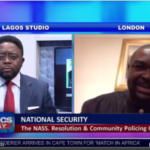