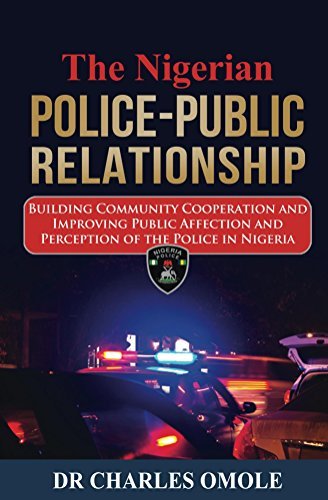 The Nigerian Police-Public Relationship: Building Community Cooperation and Improving Public Affection and Perception of the Police in Nigeria

Public perception of the police is an essential factor in their willingness to cooperate with the authorities in the fight against crime and criminality. But when the public dislikes the police and views them with suspicion and fear; the police has a harder work to do. Regardless of the number of officers employed by the police; it is impossible for the police to be everywhere. So the support of the general public is crucial to its ability to obtain good intelligence and build better intelligence picture of their communities. Human intelligence is still the most reliable core of any intelligence led policing effort.

With the historical friction and mistrust between the police and the Nigerian people, cooperation with the police is seen as dangerous as it does not only expose you to reprisals but you could end up becoming the suspect as many have experienced. There also seem to be an apathetic attitude to public opinion by the police authorities with many (it seems) are too eager to please their political masters at the expense of public goodwill and perception. Evidently, it is the unlawful perception of police actions that make public trust more difficult to cultivate. Also, the police fondness for underselling their own achievements has exacerbated an already bad situation.

Although this book is one of the by-products of a detailed three-year research into the Nigerian police, the research findings will be mentioned only where necessary. So the book will be a practical review of the police-public relationship in Nigeria, causes of the problems and possible solutions for improvement. We will explore tools needed to bring the police into the modern digital world our youths live in. How the police can better engage with the communities and more importantly how individual officers must become good ambassadors of the police institution through respect for the public and the rule of law in all they do. This book will surely help spark the needed debate and champion the creation of the roadmap for an improved public perception of the police and ensure effective community cooperation

There are no reviews yet.

Be the first to review “The Nigerian Police-Public Relationship: Building Community Cooperation and Improving Public Affection and Perception of the Police in Nigeria” Cancel reply